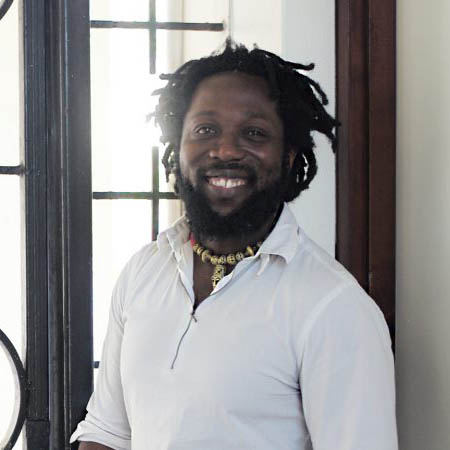 Kwame Selormey is a Community Services Leader who was born in Ghana – West Africa where he spent his first 19 years.

He has lived in Australia for almost 30 years. His tertiary education and professional background has been in the area of working with children, families and communities.

He has over 20 years’ experience working in the NGO sector in roles that span from designing services for children, youth, people with disabilities, people from diverse cultural backgrounds, people with severe and persistent mental illness and establishing services with various communities to strengthen the communities. In 2001, he was part of the inaugural Executive for a not for profit organisation which was established to provide services to the elderly, children and families. He designed a range of innovative services in consultation with the Aboriginal community, led one of WA’s largest Family Day Care Schemes, developed a number of partnerships with the education system for children, and also contributed to the development of the early childhood curriculum framework in Australia.

Kwame also worked as a Service Quality and Standards Evaluator with the National Childcare Accreditation Council, informing and validating service quality nationwide. He has also evaluated Disability Services and established strategic and operational service improvement strategies, and led changes within the sector. In 2010 he established an International Social Enterprise – Community Development Company, which works in partnership with individuals, communities and organisations to design and implement strategies that see individuals progressing towards their preferred futures within their communities. This work saw him engaging closely with various charitable organisations in Africa, as well as advising governments of social policy positions.

Concurrently, he worked with a large faith based community benefit organisation from 2009 to May 2016 as the Executive Manager for Community Services, where he established and led statewide services for people with disabilities, families and people with mental illness in WA as well as Counselling services. He led over 350 diverse and decentralised staff, and was also responsible for the implementation of the organisations response to state and federal reforms as part of the self directed services agenda.

Kwame’s leadership of the changes to the Australian Childcare Accreditation system at an operational level informed the work that he has done in influencing the disability and mental health sector in WA through the National Disability Insurance Scheme (NDIS) Reform Agenda. He worked closely with various peak bodies in WA to establish a number of resources for the WA sector that promote the individualization of support services for people with disabilities and people with severe mental illness. His work led him to winning various awards in the sector.

He is currently the CEO for Melaleuca Refugee Centre (MRC), a Humanitarian Services not for profit organisation providing the Humanitarian Settlement Program, the Program of Assistance to Survivors of Torture and Trauma, Coordination of Refugee Health Services for the Northern Territory and various family support services for Refugees and Migrants.

As CEO of MRC for the past 2 years he has reformed, established and implemented the organisations strategic direction and works closely with State and Federal Government. He is an active member of the Ministerial Advisory Council for the Minister of Families and Multicultural Affairs, the Employment and Skills Engagement Working Party advising the Minister on employment issues for migrants and refugees in the NT, Chairs the Refugee and Migrant Services Network of 25+ Agencies, and is the NT member representative of the Forum of Australian Services for Survivors of Torture and Trauma as well as the Multicultural Youth Advocacy Network.

Kwame is well known within the community services sector and has extended networks nationally and internationally. He has played various advisory roles, informing government decisions especially in relation to culturally appropriate services to individuals from diverse cultural backgrounds. He has served on and supported various Boards including the Association for Services to Torture and Trauma Survivors (ASeTTS) – WA, and Victims of Crime.

Kwame’s Individual and Community Engagement Framework is built on the key principle that through empowerment, opportunity for story and the cultivation of responsibility, individuals are able to self organise and self direct, ultimately generating healthy communities.