In Coffs Harbour, the trains only run six times per day and tickets need to be pre-purchased to ensure a seat. Transport NSW does not use interpreters and bi-lingual workers at the station.

SSI has been running train station orientation sessions since it opened its office in Coffs Harbour two years ago. Sessions run throughout the year to support newcomers to better navigate the local transportation system.

During the orientation, newcomers are shown the location of the train station, how to purchase tickets and read timetables, how to use the emergency and information points, and what to do when the train arrives.

The SSI train station orientation has a proven positive impact on employment. 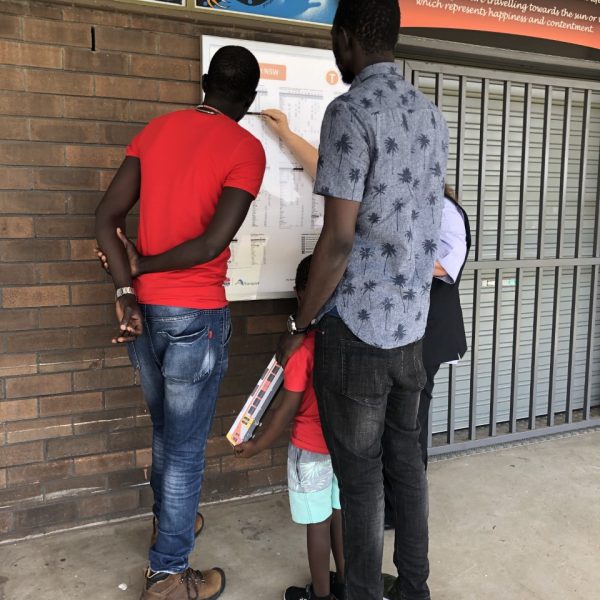 SSI Humanitarian Settlement Program (HSP) participant, Gilbert Ojwok Odiel (pictured), recently won a scholarship to support him with applying for his teacher registration so that he can work as an English teacher in NSW high schools. As part of his application, Gilbert is required to do an IELTS test where he will need to travel from Coffs Harbour to Brisbane by train. More recently, Gilbert caught trains to Canberra so that he could complete his teaching exams at the Kenyan Embassy.